A 72 yr old retired college principal, Ranganatham came to my hospital on a bright sunny day. I was having a very busy day with cases planned and lots of consultations lined up but he insisted that he would drive all the way an hour or so and would wait 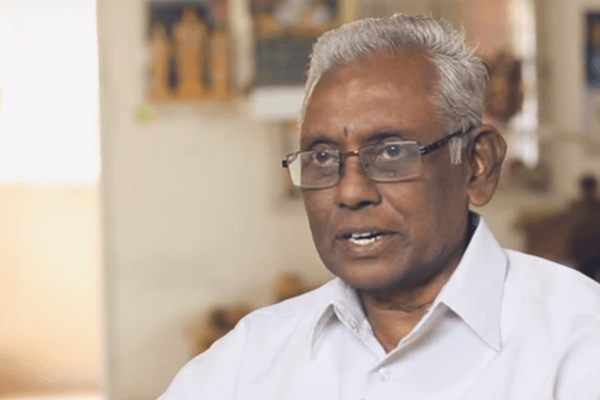 A 72 yr old retired college principal, Ranganatham came to my hospital on a bright sunny day. I was having a very busy day with cases planned and lots of consultations lined up but he insisted that he would drive all the way an hour or so and would wait till i finish with rest of the patients.

A 55 yr old housewife, Ramalakshmi called my assistant and scheduled a appointment. She was insisting that i do laser for her on that day itself if she fits the criteria for laser treatment.

A 24 yr IT Professional Rakesh, a very bright and cheerful guy came spot on time for his appointment on a weekend.

Varicose veins is very common and a very bothersome vascular problem. Although different studies give different incidences we can broadly say that it would affect 1 in 3 persons in their entire life time.

Veins are the pathway through which deoxygenated blood (impure blood) is pumped back to the heart. In your legs there are two types of veins, deep vein and superficial vein. Varicose veins occurs when the superficial veins get damaged. Basically it occurs when the one way valves ( similar to those present in a water pipes ) stop functioning. So blood flow which has to pumped back to the heart fails and starts pooling in the legs.

Because it affects our legs people often tend to ignore this very problematic and debilitating disease. People who are affected by varicose veins come with different complaints.
They might develop those visible ugly spider / snake type of veins. They might come with pain, swelling, itching, difficulty in walking, leg tiredness, blackish / reddish discolouration of skin, bleeding or sometimes none of it. Often ignored it eventually leads to dreaded complications like Ulceration, Cellulitis and rarely even maggots infection of those ulcers.

Ranganatham had many ulcers in both his legs. This very educated man unfortunately didnÃ¢â‚¬â„¢t get the right advice. He didnÃ¢â‚¬â„¢t know that it was vascular surgeon in Hyderabad who do laser treatment for varicose veins and provide the final solution. Over a course of 10 years ( Yes 10yrs! ) he met several dermatologists, physicians and even cardiologists. Fortunately the cardiologist called me immediately and explained things. Meanwhile his ulcer had increased in both his legs and he was suffering from pain and the stigma that comes with having to display those leg ulcers.

Ramalakshmi had pain in both her legs but she also had a knee joint problem. i examined her and told her that she would need both laser treatment for her varicose veins as well as knee replacement by a orthopedician. She got admitted for laser treatment immediately.

Rakesh came in smiling. His entire family has varicose veins. And he was joking that he was the scape goat of his family and if this works, then if their entire family will line up for my treatment.

Now such a complex and dreadful problem was previously treated by a surgery called Ã¢â‚¬Ëœvein strippingÃ¢â‚¬â„¢. There were several problem with traditional surgery :
You would have to be admitted for several days
You would have to undergo detailed evaluation for fitness for anaesthesia and had to accept all the complications that might arise anaesthesia.
Traditional surgery has a high recurrence / failure rate along with huge scars on your legs.
Also there is a risk of nerve damage too.

To get rid of all these problem Ã¢â‚¬ËœEndovenous Laser Ablation TreatmentÃ¢â‚¬â„¢ or EVLT was invented. Unlike surgery, Laser ablation is very a safe treatment with a success rate of almost 98.1%.

In this procedure, we give a local anaesthesia and numb your legs and we introduce the laser probe into the damaged vein through ultrasound guidance. The laser then seals off the supply in that vein and the blood gets diverted into the deep vein. It is as simple as that.

Now the advantages of laser treatment are :
ItÃ¢â‚¬â„¢s a day care procedure. The patient immediately gets up and walks few hrs after the procedure. The patient is then discharged immediately.
The patient feels no pain during the entire procedure.
There will the no scars on the leg. So cosmetically you could say that it’s a bladeless treatment.
The other advantage is that, as a radiologist because we are better able to identify not just the main vein but also its side branches under ultrasound guidance, we seal the entire supply thereby giving you complete cure unlike surgery which is a bit of blind procedure.

Ranganatham called back after a couple weeks to offer lunch. i couldn’t make it because of lots of cases planned. But he thanked me profusely as all the ulcer he has been suffering from, for the past 10 yrs have healedÃ¢â‚¬Â¦in his words Ã¢â‚¬ËœmagicallyÃ¢â‚¬â„¢. He himself was telling that for such a small procedure his son flew all the way from USA but I guess he was happy to have some excuse to have his family by his side.

RamalakshmiÃ¢â‚¬â„¢s pain in both her legs have reduced significantly. Now the only pain left is because of her knee problem and she is planning for her knee replacement soon.

Rakesh is doing fine. He is, his usual cheerful self. He was one guy who didn’t feel nervous at all. I was inspired by his positive attitude. Though I tell patients it’s a Minor procedure still lot of people become tensed unnecessarily. But not Rakesh. All the visible snake like veins on his legs have disappeared and he now participating in sports organised by his IT company.

For all the readers of this article the most important take away point from this article is that, laser is NOT a surgical treatment but a minimally invasive painless treatment which offers permanent cure.

And an Interventional Radiologist is the first doctor you should consult for all your vascular problems.